A report book from Horodniany street #12 in Bialystok's Słoboda (now Nowe Miasto) has been preserved. Big building with lodgings has been built in the 30's of the previous century, and were destined to be rented to Bialystok's Jews on Sloboda, spending holidays during the season (beginning of August until the first days of September). It was taken down in 2005. On the photo: the entry of one of the many families spending summer there 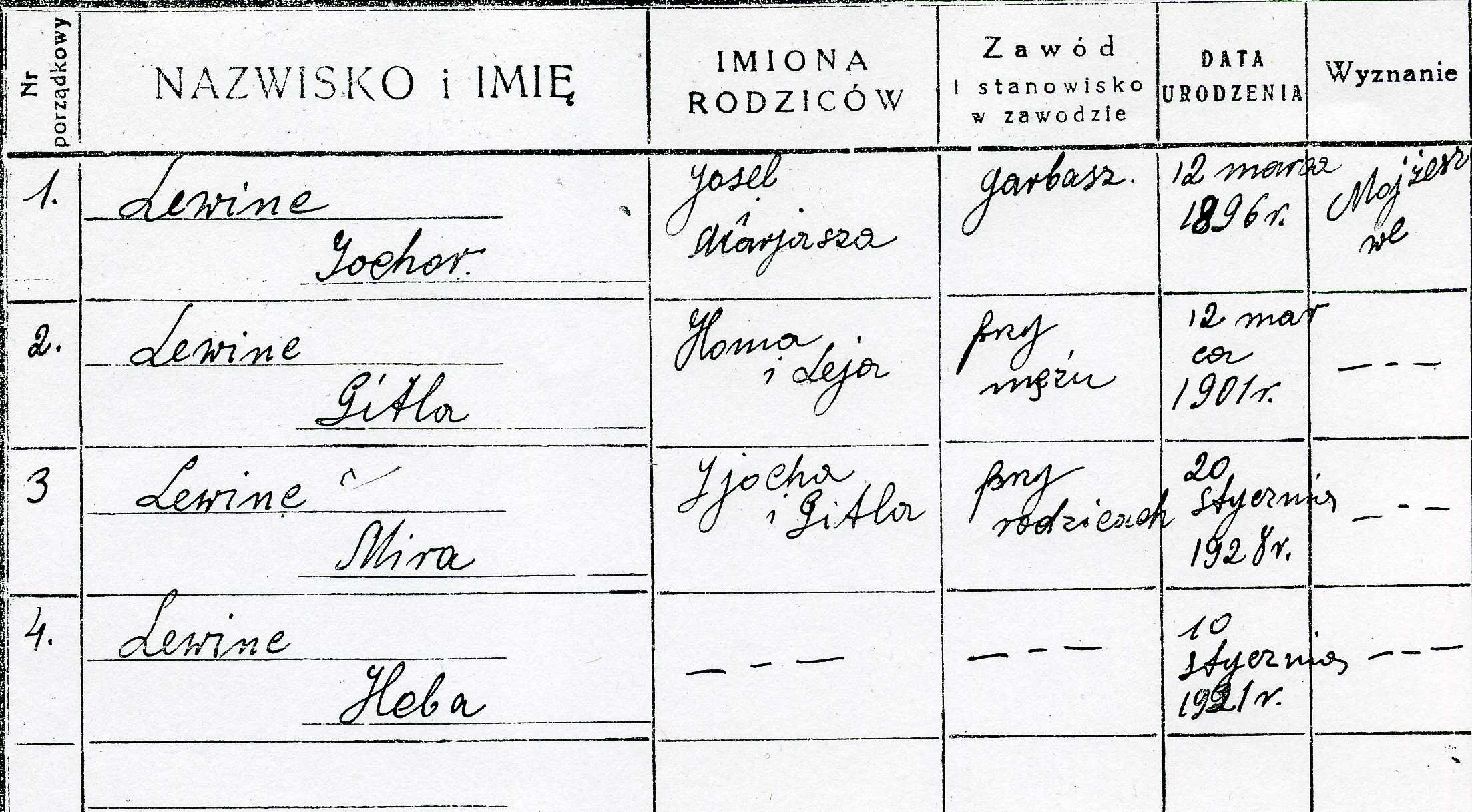