Autograph letter signed by R. Avraham Weinberg, third Slonimer Rebbe. [Bialystok, summer 1929].
The letter was sent to a chassid from Eretz Israel who travelled to Vienna for medical reasons. In the letter, the Rebbe mentions the Chortkover Rebbe and the Husyatiner Rebbe, both scions of the Ruzhin dynasty living in Vienna, and mentions his own plans to travel to Vienna for the Knessiah Gedolah of Agudat Yisrael in Elul, 1929. The Rebbe instructs his chassid to consult with the Chortkover Rebbe, and writes: "…It is very difficult for me to write to tsaddikim, and I have met the Husyatiner Rebbe only once. Nevertheless, I am enclosing a letter to the Chortkover Rebbe, which you should deliver into his hand…". Thereafter, the Rebbe asks about the chassid and his wife and blesses her with a speedy recovery.
Rebbe Avraham Weinberg (the second) of Baranovichi, author of Beit Avraham (1884-1933) was the son of the author of Divrei Shmuel. From 1916, he jointly led the Slonim Chassidim with his eldest brother R. Yissachar Leib, however the majority of Chassidim followed R. Avraham. He settled in Baranovichi where he established the Torat Chesed Yeshiva. He maintained close contact with his Chassidim in Eretz Israel, which he visited twice. His books, Beit Avraham, are well-known for their profound Chassidic philosophy. 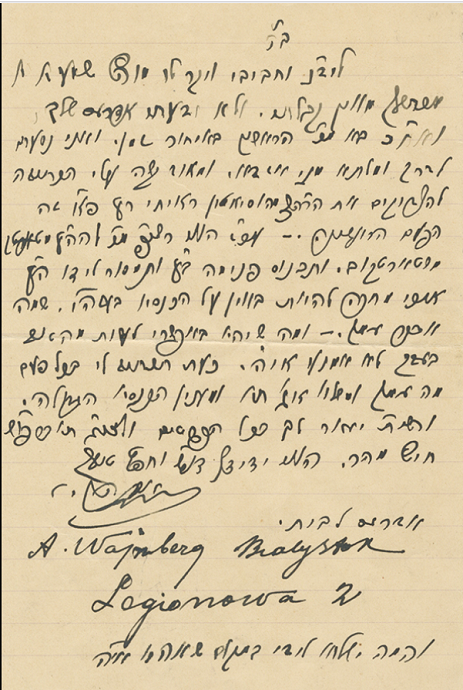 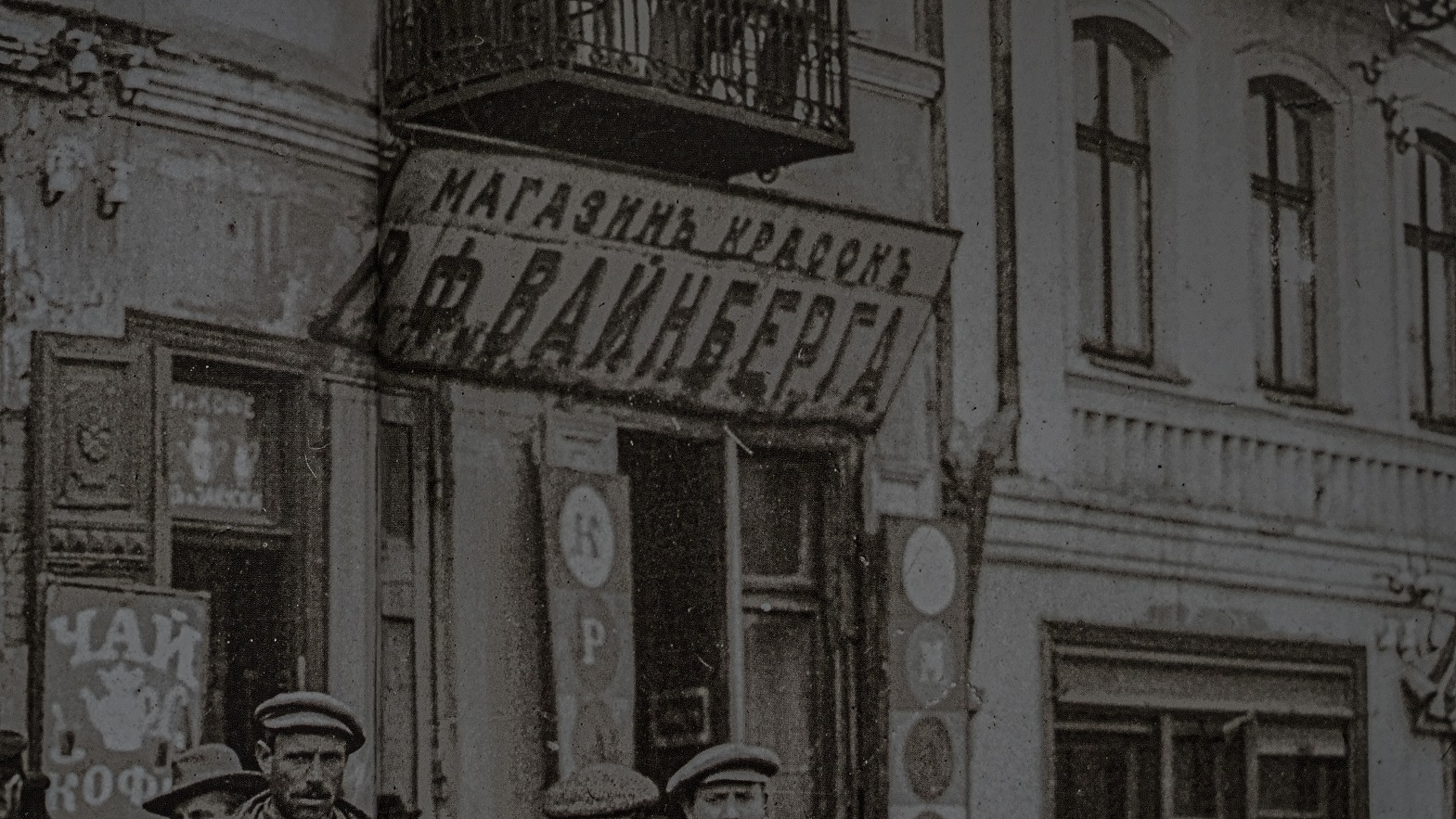