The Jewish community in Zabłudów had twoburial sites. The oldest cemetery was founded in the second half of the 17thcentury in the south-eastern part of the city.

The second cemetery came into existencein the 19th century in the western part of the city, near Saint Roch Street and heading towards villages Solniki and Krynickie.

Currently,tens of concrete tombstones can be found within the cemetery walls. In the central part there is an ohel of an unknown rabbi. The graveyard is partiallyfenced by stone walls.
(JT) 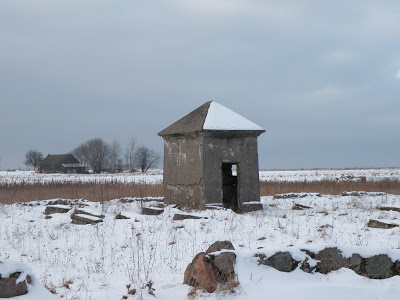