Schools and nurseries were an effective conduit to provide nourishment to children in Poland throughout World War I and the immediate postwar years, a period of rampant hunger. Mendele’s Kindergarten and Community School at the Białystok Jewish Youth Union was most likely part of the Mendele Mokher Seforim Children’s Home and Orphanage, named in honor of the beloved Yiddish-language author. During the interwar period, Białystok had an extensive Jewish primary education system. Many of these schools were funded by overseas Jewish philanthropy. The Joint Distribution Committee of American Funds for the Relief of Jewish War Sufferers (later the American Jewish Joint Distribution Committee, both names abbreviated as the JDC), a humanitarian organization, supported schools and provided meals, clothing, and shoes to the students. The JDC was created at the start of World War I by American Jewish groups uniting to provide coordinated relief from privation and suffering for Jews abroad. From the time the United States entered the war until its end, funding was sent to community and regional aid organizations in Poland, Lithuania, and other affected countries through a JDC branch in the neutral country of Holland. The photograph is from the archives of the JDC, which contain documents, photographs, film, video, oral histories, and artifacts recording the work of the organization from World War I to the present. 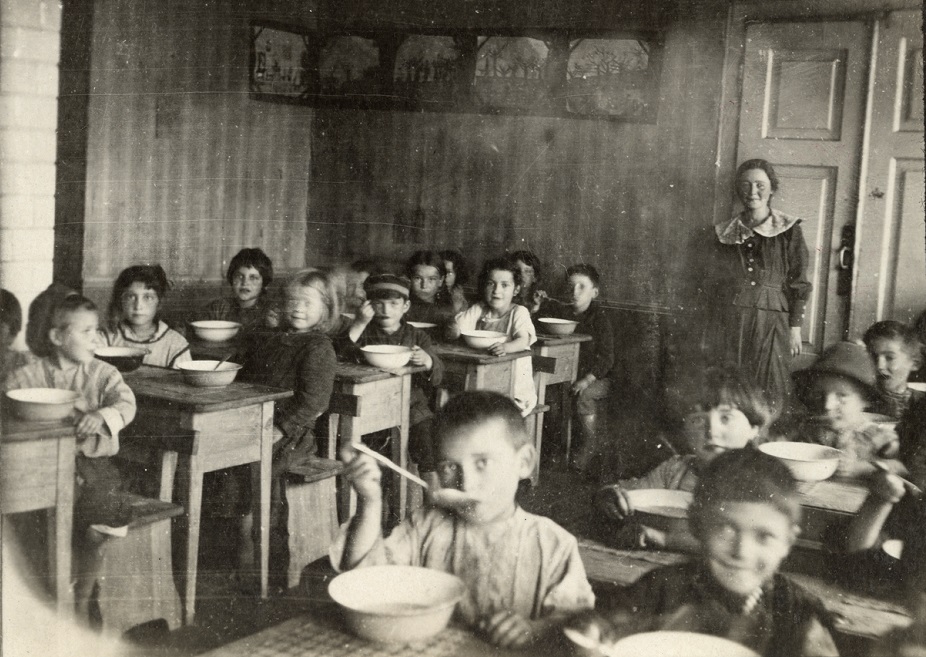