udostępnij na FB
Księga Pamięci Krynek "Vi Nekhtn Geshen" przetłumaczona na język angielski i niemiecki
Kategoria: Beate Schützmann-Krebs
Krynki Memorial Book "Vi Nekhtn Geshen" translated into English and German!
The well-known author and poet, Yosl Cohen, recalls his eventful childhood and youth in Krynki at the late 19th and early 20th century. Extremely sensitive and with striking honesty he describes the religious, familial and cultural everyday life in the shtetl. We get acquainted with many residents and hear how the special "nicknames" of the families were formed. Along the way we learn about Yosl’s illustrious ancestors and become familiar with the characteristic "Krinker dialect".
We meet "old acquaintances" again, whose names we already know from the other two Krinker Yizkor books. We learn details about the practice of leather tanning in Krynki and about the history of streets and neighborhoods.
We see a small town suddenly rise up and become a center of the growing revolutionary, anti-capitalist, and anti-czarist movement.
My fascination with this book made me expand and deepen the reading material by including old newspaper clippings, poems by the author, and excerpts from other books, including Pinkas Bialystok.
I invite you to join me on an extremely interesting, incredibly exciting, but also sad journey into Krynki`s past!
My work is a gift to you, but I would greatly appreciate a donation to JewishBialystok.pl, which also supports Jewish heritage in Krynki.
Beate Schützmann-Krebs 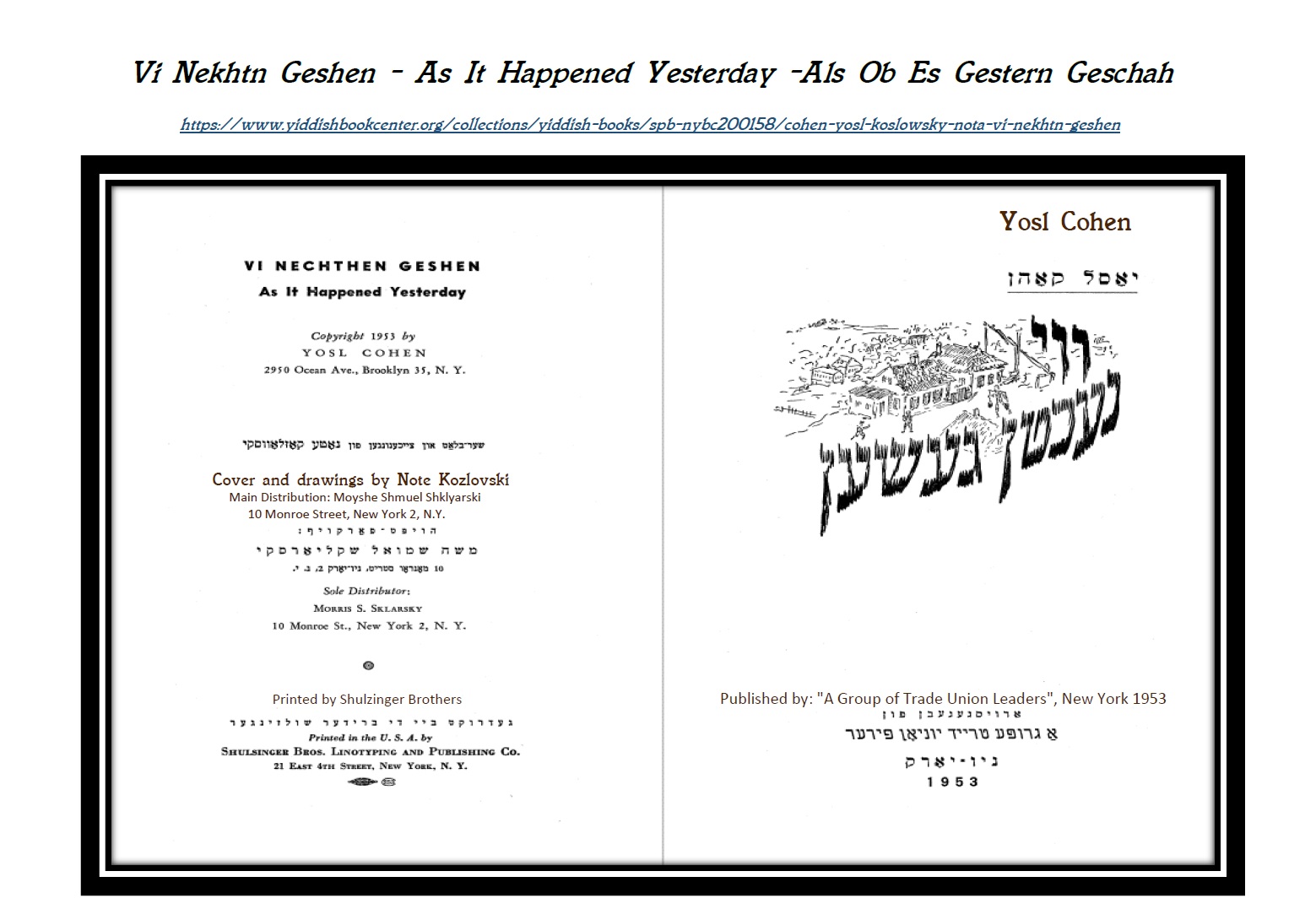