The JewishGen Press has announced the publication of Krynki in Ruins, the translation of Krinik in khurbn: memuarn.  Former Krynki resident and Survivor A. Soifer wrote the original in Yiddish.

From his boyhood in Krynki to partisan life in the Shalker Forest, to the ghetto, to the hunger, thirst, beatings and killings of Auschwitz and a grim succession of death camps, Alex Soifer tells the story of his heroic struggle to survive and fight back. “The old concentration campers, who had been imprisoned for several years, forgot bit by bit that outside the electric wire there was another world where free people lived in dignity…. It seemed to them as if dozens of years had already passed, and that what was happening there on that piece of earth was a normal occurrence and would remain forever. 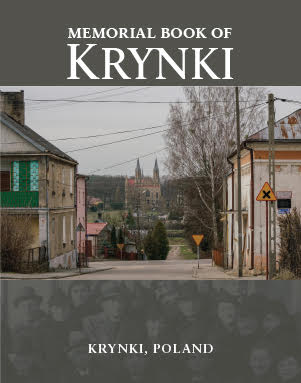 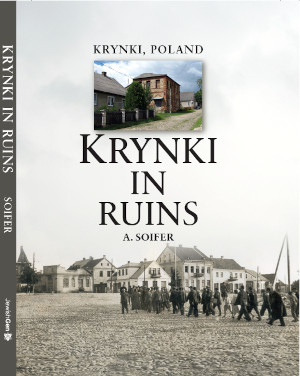