“This picture he took near Shinovsky’shouse. The “posts”[?] stand in the middle of the market place. Here is thewhole row of houses from Yankel, the shoemaker, up to Michel Roitruk’s. By usnear the window stands a tree.” – translated word-for-word from the Yiddish by Sophie Killian Davidson, March 1998.

Sophie wrote “Yalowka Town Square” on thebottom, did not know how she acquired the photo. She believed the pen markabove one of the houses to the left of the photo identifies the Yellin house.If so, it would be one of the three brick houses in town at the time, accordingto Jeanette “Sheine” Yellin Serling’s recollection. After reviewing the photo,however, Sheine was uncertain about its details, or who wrote the inscriptionon the back of the photo. She remembered more buildings and did not believethat her family’s brick house was in the photo.  “Alas – very little is left of it. The pictureis only of emptiness instead of our big Brick Home. Hitler buried my home, aswell as many nice buildings in the center of the city. I only noticed postsinstead. Sophies [sic] translation is correct. I forgot the names of thepeople. Shinofsky is correct, I think. It hurts to talk about it.” – from herletter to me Sunday, March 15, 1998.

sent by Ronald Killian My Dad’s sister, Sophie Davidson nee Killian, had this photo in her possession for many years. It includeds Yiddish text on the reverse. Attached is her copy of the photo, the Yiddish handwriting, and Sophie’s English rendering, along with personal notes from Sophie and my great-aunt from Jalowka, “Sheine” Serling nee Jelin/Yellin. She left Jalowka for the USA with her mother, Chaia Fagel Jelin, in 1926. 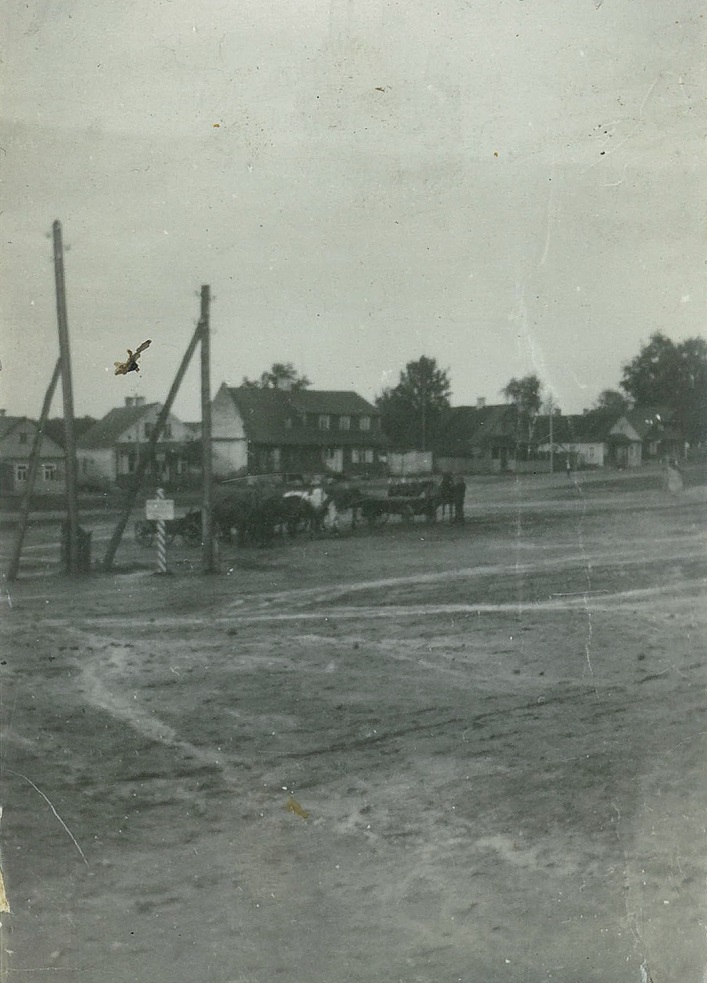 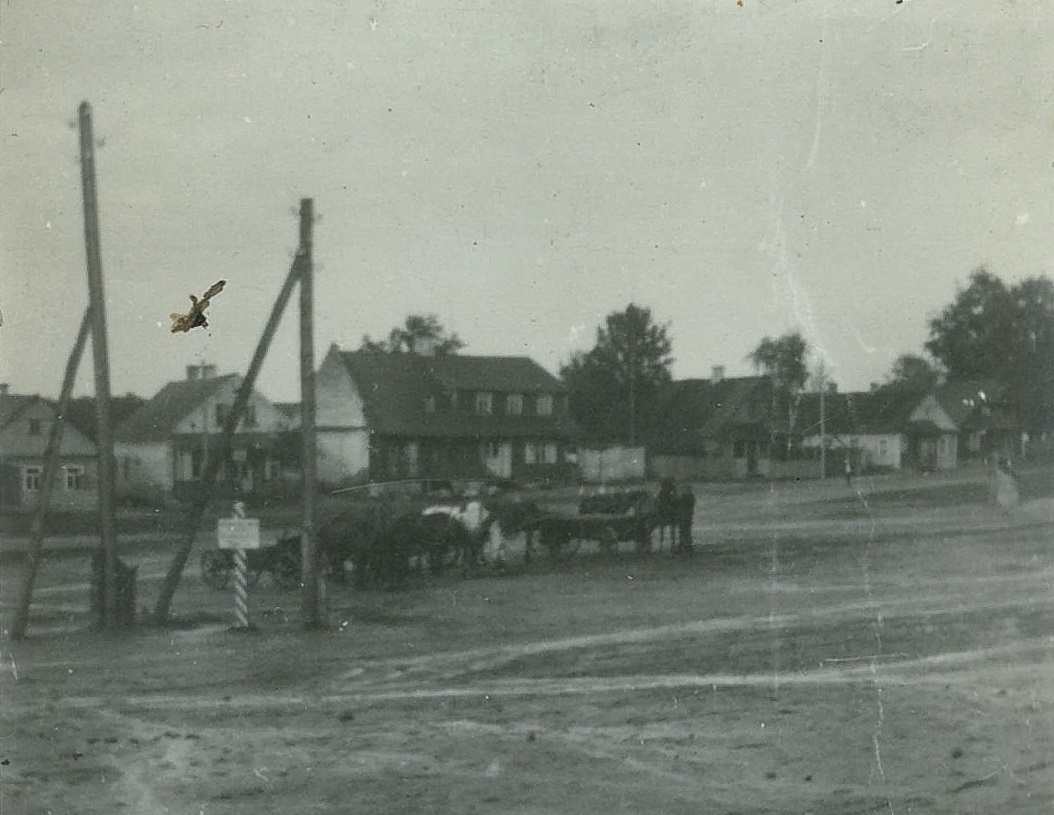 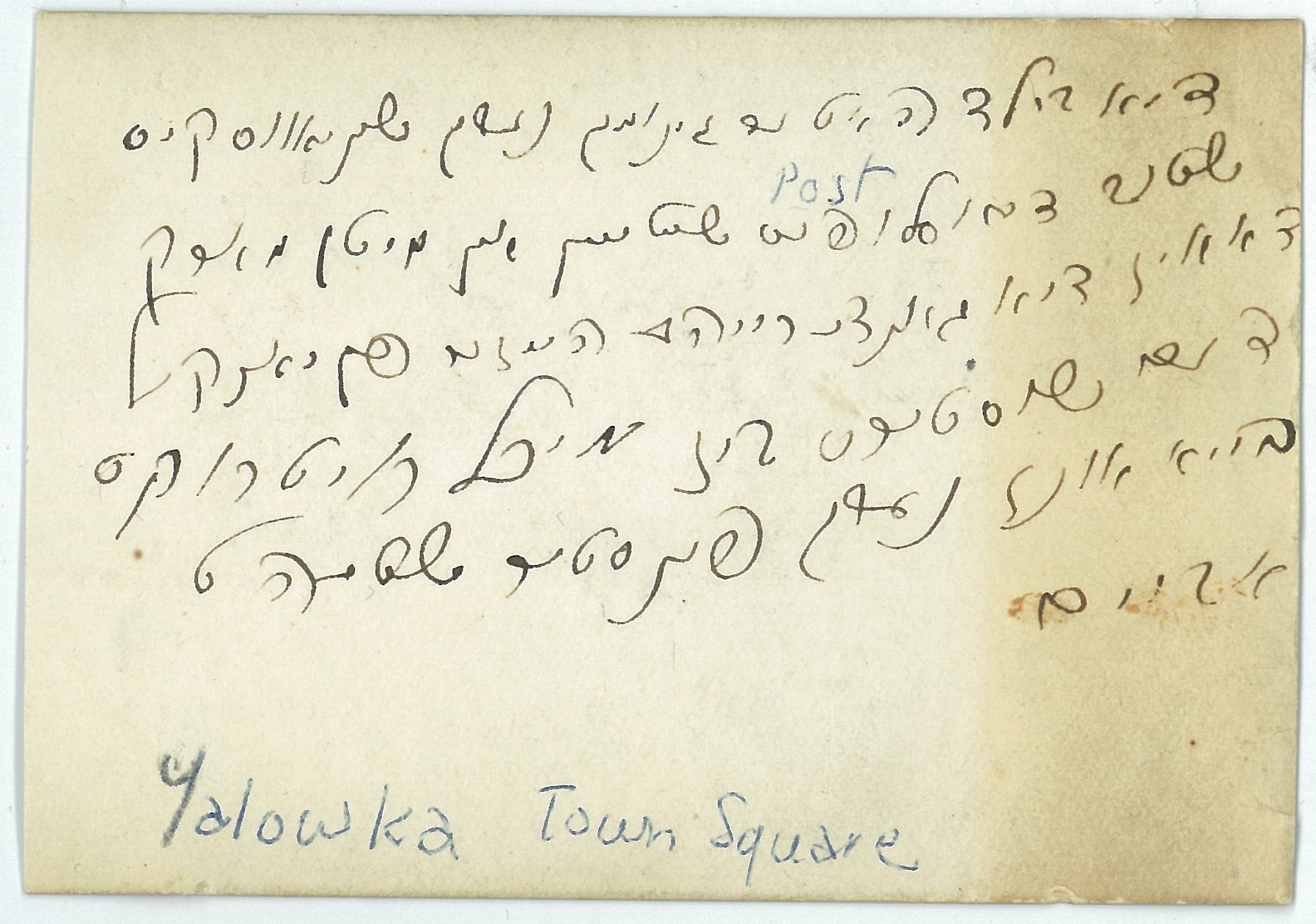