Chaim Chalef  was born in Grodno Poland to Elka and Barukh Chalef. The name Chalef derives from a Kosher Slaughtering knife and knifeskills had passed down the Chalef family over the course of generations. It isbelieved that Chaim’s family were the woodcarvers of the town and had beenresponsible for carving the wooden interiors of the Great Synagogue before itsdemise.

A self taught artist, Chaim held two exhibitions in Bialystock in 1936 and was described as “self taught and from a workingfamily”. The exhibitions were of lino cuts of the streets during that year. In1937, he married Jaffa Waynick and they lived at Yurowiecka 5. Jaffa had comefrom a religious family originally from Leeds but who had relocated to Kovno,Lithuania. In 1939, Chaim was sent to fight on the Polish front against theGermans. Believing that Chaim had been killed, Jaffa returned to Kovno, and twoyears later remarried a man and had a son whom she named Chaim in remembrance.Chaim Chalef had survived and been captured by the Germans and sent to aprisoner of war camp in Lublin and then onto Auschwitz. In the camp, Chaim metanother woman from Lublin whom he fell in love with and had a child by the nameof Benjamin. Both Benjamin and his mother were killed.

Using his art, he carved small wooden portraits for the SSguards to send back to their girlfriends in exchange for bread and favours,leading to his escape into the forests to join the partisan’s resistance army.He was part of Yudith Nowogrodzky’s group dispatch. He made his way back toBilaystock in 1942 to agitate the Jews of Bilaytsock to leave the ghetto andescape. Because of his previous military experience he was madeDeputy-Commandant to Dr. Simon Datner, together with whom he worked andsurvived in the woods. They remained in contact with colleagues back in theghetto.

In 1945 when the war ended, Chaim went to Lublin to checkwith the Red Cross records. He was miraculously reunited with his first wife Jaffa.They moved to a Displaced Person's camp in Rome where Chaim worked as an artteacher at the organization for Jewish Refugees for three years. In December1945, Jaffa gave birth to their son Avraham Chalef (Abe Chalef 1945 – 2008). In1948, after waiting three years for the correct papers, Jaffa, Chaim and AbeChalef migrated to Melbourne, Australia where they lived in East Brunswick andthen Elwood. 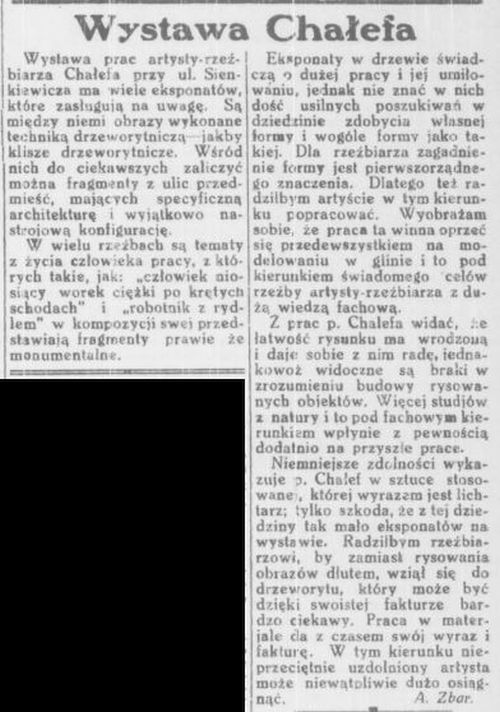 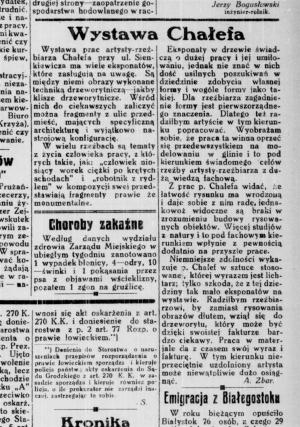