udostępnij na FB
Blog PRINT Magazine o serii Kadisz dla Dąbrowy
Kategoria: Podwal Mark Heller Steven
Mark Podwal’s art has long focused on Jewish legend, history and tradition. Although he always made images, Podwal never pursued formal art training but rather became (and continues to practice as) a physician. While in medical school, the tumultuous events of the 1960s compelled him to create a series of political drawings that were published in his first book, The Decline and Fall of the American Empire and on The New York Times’ OpEd page. Podwal’s work is included in the collections of the Metropolitan Museum of Art, the Victoria and Albert Museum, the Israel Museum, and many others. Two years ago his retrospective Reimagined: 45 Years of Jewish Art by Mark Podwal (Glitterati Inc.) was published. He recently visited Dabrowa Białostocka in Poland, where his mother was born, and produced a series of drawings and watercolors. The prints from this series were on view at the Museum at Eldridge Street in New York and are currently shown at the Yiddish Book Center.
http://www.printmag.com/daily-heller/the-mourning-prayer-podwal/ 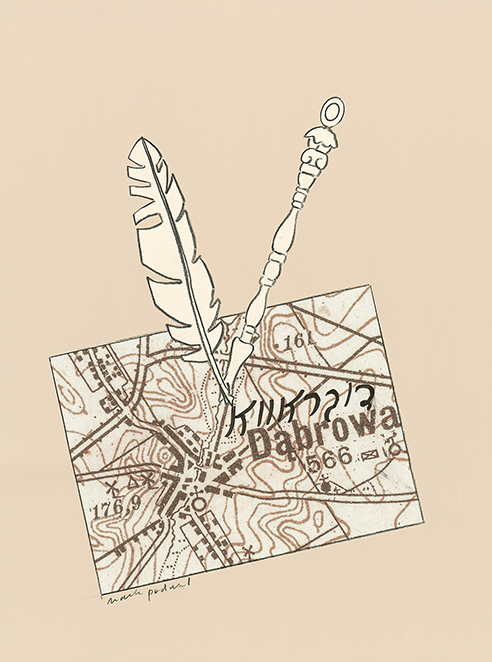